Palm Beach Chapter of the Florida Institute of CPAs 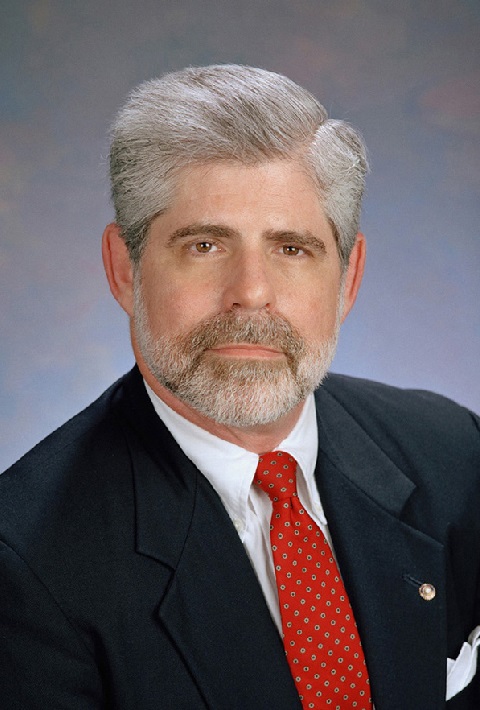 Michael Kridel is a Certified Public Accountant and Shareholder in Michael S. Kridel, C.P.A., P.A., in Delray Beach. He holds the Certified in Financial Forensics, Certified Information Technology Professional and Certified Forensic Consultant designations as well as others. Mr. Kridel has practiced public accounting in South Florida since graduation from The George Washington University. Prior to reestablishing his named practice in 2018, he was a Partner in Daszkal Bolton for 17 years and then a Principal in Rehmann Robson for nearly 5 years. He previously practiced as a sole practitioner. Mr. Kridel has provided accounting, tax and litigation services in a broad range of matters including family law, stockholder actions, financial damages, fraud detection, criminal and civil tax matters, wrongful discharge and professional malpractice defense.

Mr. Kridel is a frequent speaker and author, garnering numerous awards, at national and local conferences for accountants and attorneys on topics such as litigation services, professional ethics, eDiscovery, practice management, information technology and human resources. He is a certified ethics instructor for CPAs in Florida and, an online instructor in forensic accounting courses for the University of North Carolina at Charlotte and a guest instructor at Florida Atlantic University and other institutions. He is a longtime member of the Editorial Review Panels of the Journal of Accountancy and Florida CPA Today. Mr. Kridel has been a Rotarian since 1986 and is a board member of multiple not-for-profit organizations.

For more than 25 years, Mr. Kridel has facilitated an award-winning seminar, Ethical Decision Making in the Workplace and Society, for Broward County high schools, positively influencing in excess of 15,000 seniors. He is also the accounting profession’s representative member of the Education Advisory Committee of the Florida Board of Accountancy.

Peter Cruise is Executive Director of the Public Ethics Academy and Affiliate Associate Professor at Florida Atlantic University. Both his academic and professional careers have been focused on improving the ethical climate in public sector programs and organizations.

Since graduating with his Ph.D. in Public Administration from FAU in 1995, Dr. Cruise taught ethics and organizational behavior in both undergraduate and graduate students in universities such as California State University-Chico, Golden Gate University, Louisiana State University and Mary Baldwin University. Before beginning his academic life, his professional career started in West Palm Beach in the early 1980s, working at St. Mary’s Hospital, and the Palm Beach Blood Bank, and later at Martin Memorial Hospital in Stuart.

In addition to many published articles, he is the co-editor of the Handbook of Organization Theory and Management: The Philosophical Approach (2nd Edition, 2006). In April 2015, Dr. Cruise was selected as a Distinguished Alumnus by the faculty of the College of Design and Social Inquiry at Florida Atlantic University.

County Association of Chiefs of Police

Danielle A. Sherriff, an attorney for the School District of Palm Beach County, is an experienced trial attorney, having tried over 100 jury and non-jury trials. Prior to joining the School District, Ms. Sherriff was a personal injury attorney and an Assistant State Attorney in Palm Beach County for over 13 years. While at the State Attorney’s office, she was chief of the Traffic Homicide Unit where she supervised a team responsible for the prosecution of crimes such as DUI Manslaughter, Vehicular Homicide, and Leaving the Scene of a Crash Involving Death in addition to other criminal traffic offenses. Prior to that role, she prosecuted felony cases of all levels, including burglaries, robberies, sexual batteries, and attempted homicides..

Ms. Sherriff has a strong commitment to the legal community and the community at large. She has served as President of the Palm Beach County Chapter of the Florida Association of Women Lawyers and as President of the F. Malcolm Cunningham, Sr. Bar Association. She is also an active member of several committees within the Palm Beach County Bar Association and the Florida Bar. Ms. Sherriff also serves as a mentor for both high school and law school students, and she regularly speaks at local schools in her efforts to help educate students about the law, ethics, and civics.

Originally from Queens, New York, Ms. Sherriff moved to South Florida in high school. She earned her Juris Doctor from Florida State University College of Law and her Bachelor of Science in Criminal Justice with a minor in Political Science from Florida International University.

Rodney Romano is a Florida Licensed Attorney and Supreme Court Certified Circuit Civil Mediator. He founded Matrix Mediation in 2006 to bring a next level of excellence and consistency to the mediation profession. Mr. Romano has conducted more than 22,000 hours of circuit civil mediations and has been a member of the Florida Supreme Court appointed Mediator Qualifications and Disciplinary Review Board since 2009. Rodney is a former Board Certified Civil Trial Attorney and served 4 terms as Mayor of the City of Lake Worth, Florida.

Mr. Romano earned his law degree from Nova Southeastern University and his Bachelor of Arts degree from Emory University. Prior to admission to the Florida Bar, Rodney was a Florida Licensed Nursing Home Administrator and a Florida Certified General Contractor.

Rodney is a licensed (non-current) private pilot and Nitrox certified scuba diver, and a lifelong resident of Palm Beach County. He is married to Lynnette and has five children and three grandchildren.

Michael H. Kugler has dedicated his career to obtaining justice through our court system on behalf of all categories of victims. He approaches his cases with tenacity, compassion, and respect. He has the ability to relate with all victims in a unique and honest way that they know he is fighting for them.

Michael Kugler began his legal career at the Office of the State Attorney in Palm Beach County. With over 100 jury trials, Mr. Kugler prosecuted every crime from DUI to Capital Sexual Battery to the Death Penalty. As a vital member of the Special Victims Unit, Mr. Kugler prosecuted the most violent predators in our community and gave a voice to child victims of sexual abuse. Mr. Kugler is a member of the Sexual Assault Response Team (SART) for Palm Beach County which created and runs the county's first dedicated sexual assault examination site, which coordinates the medical, law enforcement, forensic, and legal response to sexual violence in the community. Mr. Kugler gained national media attention with his prosecution of a former WPTV Weatherman who sexually preyed on young and vulnerable teenagers.

Ms. Haughwout is serving her third term as Public Defender of the 15th Judicial Circuit. She took office in January of 2001 after working as a private criminal defense attorney in Tallahassee and Palm Beach County for 17 years.

She spent a decade practicing in West Palm Beach with her husband John Tierney. From 1985 to 1990 she worked as assistant public defender in Tallahassee and Palm Beach County working her way from misdemeanor to capital cases. She started her career as an associate with a Tallahassee trial firm.

As an advocate for the indigent accused, Carey has worked with many organizations throughout the State of Florida. She has been a member of the Palm Beach County, state and national Association of Criminal Defense Lawyers, the Criminal Justice Commission, Legal Aid Society and the Florida Association of Women Lawyers.

Her expertise was recognized with the Governor Lawton Chiles’ appointment to the Domestic Violence Clemency Panel from 1995-1998 and the Supreme Court of Florida 1997 Appointment to the Special Advisory Committee on Minimum Standards of Competency for Counsel in Capital Cases. She was awarded the 1994 Legal Aid Society Pro Bono Award for Criminal Law service and the 2001 Pro Bono Homeless Advocacy Award.

She graduated with High Honors from Florida State University College of Law in 1983. In 1979, she earned a degree in economics and sociology from New College in Sarasota. 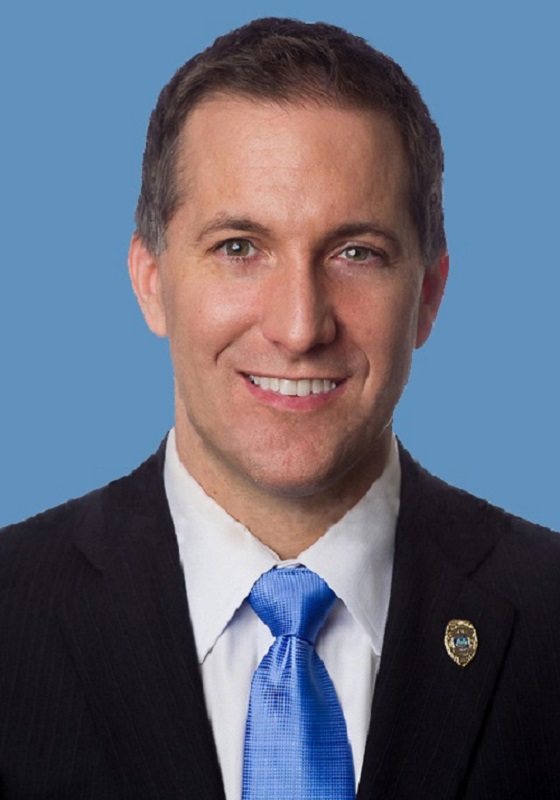 Dave Aronberg was elected State Attorney for the 15th Judicial Circuit in November 2012. He is a former assistant attorney general, White House Fellow and Florida Senator.

Aronberg was born in Miami. He graduated with honors from Harvard College and Harvard Law School. After graduation, he worked in the litigation department of a large South Florida law firm while also working closely with then-Insurance Commissioner Bill Nelson to investigate European insurance companies that refused to honor World War II-era policies sold to victims of the Holocaust.

In 1999, Aronberg became a Florida Assistant Attorney General for economic crimes, leading one of the country’s first investigations of Purdue Pharma, the manufacturer of the prescription drug Oxycontin, for its marketing practices. He also headed the State’s lawsuit against “Miss Cleo,” the “Jamaican Shango Shaman Psychic” who had become an international celebrity among late-night television viewers. Former Florida Attorney General Bob Butterworth called Aronberg's effort to protect consumers from fraud “relentless.”

In 2000, Aronberg was selected to be one of 15 White House Fellows from across the country. In this non-partisan position, he served in two presidential administrations as a Special Assistant to the Secretary of the Treasury Department for international money laundering, including the laundering of terrorist assets.

Dave Aronberg was elected to the State Senate in 2002 and served until 2010. Focusing on criminal justice and consumer protection issues, Aronberg passed major identity theft and port security legislation and received national attention for his work to close loopholes in our sex offender laws.

In 2010, Aronberg returned to the Florida Attorney General’s Office as a Special Prosecutor for Prescription Drug Trafficking. In his role as the Attorney General’s “Drug Czar,” Aronberg led AG Pam Bondi’s anti-pill mill initiative that helped clean up the pain clinic industry and reduced the record number of people dying each day from oxycodone abuse.

Appointed by County Association of Chiefs of Police

Appointed by Palm Beach Chapter of the Florida Institute of CPAs


To report issues with our website please Email Inspector General